Earthquake facts talks about what makes our planet shake, rattle and roll. Earthquakes can happen any where on our planet. There are earthquake zones where earthquakes happen much more frequently than they do in other places. 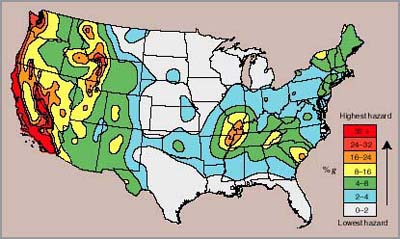 Notorious earthquake in the past

The United States has been struck by many earthquakes in the past. The New Madrid earthquakes struck in the middle section of the country and rang bells in Boston. The San Francisco earthquake struck the town in 1906. Fires killed most of the people that swept the town after the earthquake.

People attending the World Series baseball game in San Francisco were there when an earthquake struck the town. The 1964 Alaskan earthquake was the second largest earthquake of the 20th Century. It struck on Good Friday when the schools were closed and most businesses.