Earths crust is the outer shell of our planet. The Earth has two types of crust. Continental crust contains igneous, sedimentary and metamorphic rocks that covers the continents. Oceanic crust contains igneous basalt rocks derived from the upper mantle that cover the all the ocean floors. The igneous rocks are covered with sediments carried into the oceans from large rivers like the Amazon and Mississippi Rivers. 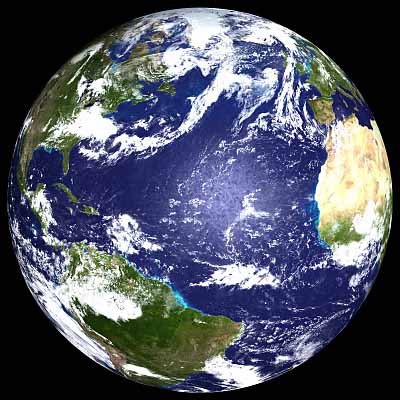 The boundary between the Earths crust and the mantle is the Mohorovicic Discontinuity (Moho). It was discovered by a Croatian scientist studying the speed of earthquake waves and their path through the upper body of the Earth.

He discovered that earthquake waves increased in speed at the Moho and were deflected. Earthquake waves speed and deflections also showed that the crust is deeper under the continents than it is in ocean basins.

The continental crust is much older than the oceanic crust and contains a much wider variety of rocks. Igneous rocks are found on the continental side of subduction zones where great volcanic mountain chains like the Cascade Mountains in the Pacific Northwest have developed.

Sedimentary rocks cover most of the continents. They form when rocks weather and create new clastic rocks or inland lakes dry up forming chemical sediments that turn into stone.

Oceanic crust forms when two crustal plates are moving apart. Magma (molten rock) collects beneath rift valleys that form between the plates. Hot magma from the upper mantle forms plumes that cause the ocean floor to bulge up creating fissures in the rift valleys.

Molten rock flows out on the ocean floor where it hardens into new oceanic crust. At the leading edge of the oceanic crustal plate the rocks are recycled as the plate is forced downward into the upper mantle by another crustal plate.