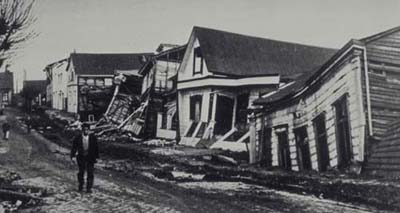 When each scale is used

Why the MMS was devised

Great earthquakes occur in subduction zones where a continental plate overrides an oceanic plate and the plates become locked together. Pressure builds in the rocks along the entire length of the subduction zone fault. When the rocks fracture slippage can occur along several hundred kilometers of the fault zone during a single event.

What scientists look at to determine magnitude